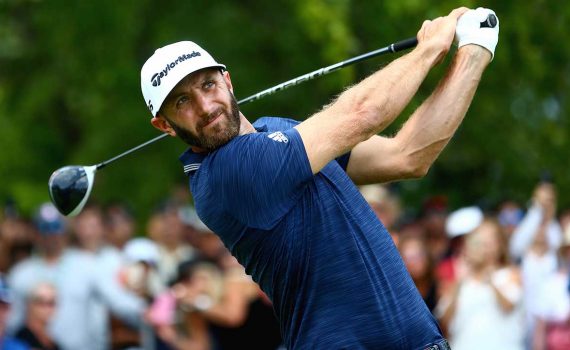 ‘World number one Dustin Johnson claimed his third PGA title of the year with a three-shot win at the Canadian Open.

The 34-year-old, who missed the cut at last week’s Open, was one of four joint leaders into the final round but carded a six-under 66 for a 23 under total.

Johnson finished in style with a 370-yard drive at the last and another birdie to secure his 19th career title his 10th win in his last 43 starts.’

Count it 🏆 That’s PGA TOUR win No. 25 for Dynamic Gold this season as the #RBCCO champion trusted DG to capture his 3rd victory of the year! pic.twitter.com/hnBN9LrGcF