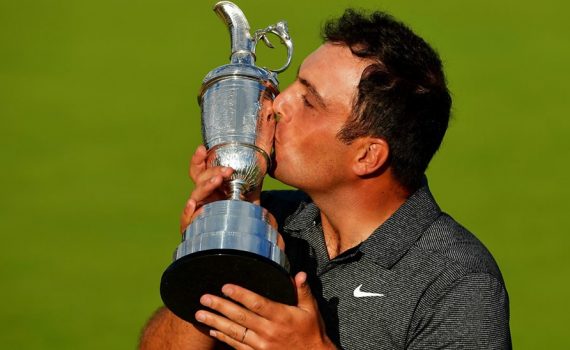 Both selected Francesco Molinari to win and had second placed Justin Rose in their team of four. However Lee’s team had a combined World Ranking of 335 places compared to Sherm’s 40 places, so Lee was declared the winner.

Lee wins some Wishon Golf apparel from our new Wishon Golf catalogue. We are also going send Sherm something nice from the range for his performance in the Predictor Quiz.

Third place went to Ercole Soncini, from Milan, Italy, who will have been celebrating Italy’s first major winner. Ercole was the only other person to select Francesco to win. He will receive some Wishon Golf merchandise.

The next Predictor Quiz will involve the US PGA Championship at Bellerive Country Club, in Missouri, from August 9-12.

Mitsubishi Chemical and Aldila at the 2018 Open Championship:

MAJOR dominance. Congratulations to the winner of the #TheOpen 👊 who trusted a Recoil Prototype 125 F5 in his driving iron. | #USTMamiya

Dynamic Gold is now 3/3 in majors this year! Congratulations to The Champion Golfer of the Year on a spectacular performance #TheOpen pic.twitter.com/x7vQ5ZdORU