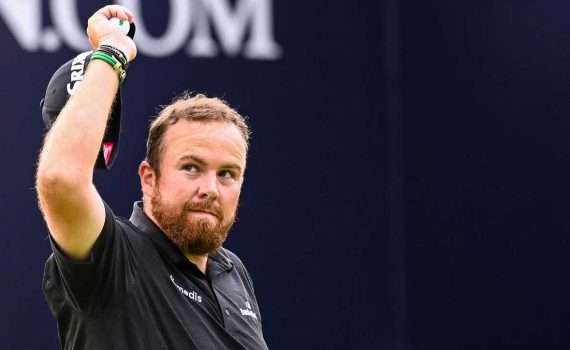 A huge champion of the Wishon brand, Peter runs Wilprod, our main Wishon distributors in Scandinavia. We’ll discuss what mystery prize Peter wants as he stocks most Wishon items.

In second place was Patrick Blair, from South Carolina, who also picked Shane Lowry (along with Brooks Koepka to score 275 points) and in third place Kevin Cunniffe, from County Galway in Ireland, on 250 points. They both win DGI/Wishon Goody Bags.

Congratulations to Shane Lowry for his victory in the 148th Open. Little known fact that before turning pro, Lowry was the last amateur to win a European Tour event when he won the Irish Open in 2009.

Shane Lowry says he realised a childhood dream as he claimed his first major by winning The Open at Royal Portrush in Northern Ireland.

The Irishman, 32, finished on 15 under par to win by six shots from England’s Tommy Fleetwood amid a raucous atmosphere on the Dunluce Links.

Lowry was followed through wind, rain and heavy storms by thousands of fans roaring him on to lift the Claret Jug.

“I grew up holing putts to win The Open. It was always The Open,” he said.

“It’s just incredible to be sitting here with the trophy in front of me. Look at the names on it. I couldn’t believe it was happening.”

2019 Champion Golfer of the Year 🏆👏🏼 He uses a FULL bag of @KBSGolfShafts – Including the Tour 130 in his irons and Custom KBS Tour wedges. This also marks BACK-to-BACK Majors for KBS!! | Player Driven. Tour Proven. | #champ #theopen #lookfortheredlabel #win #playthebestshafts pic.twitter.com/RGWd3wHbJr

The ALDILA® development team has taken ROGUE® performance to another level by incorporating 130 M.S.I. carbon fiber to increase stiffness and further reduce torque and ovaling. Check it out!https://t.co/SOaEJEbPeS pic.twitter.com/Nq8Jb5HaSo

That’s 4 wins in 4 tries for the Tour Velvet family at Majors in 2019. #1GripOnTour pic.twitter.com/btliSePIYH