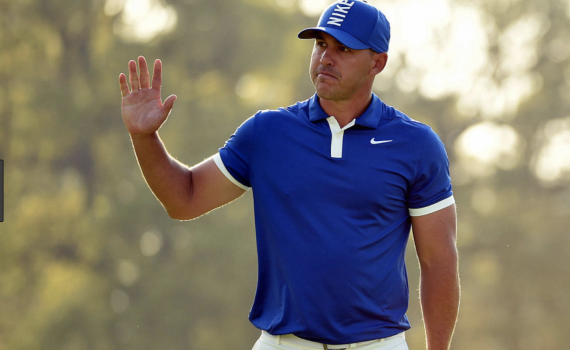 Brooks Koepka held off world number one Dustin Johnson to retain his US PGA Championship title and win a fourth major on a dramatic day at Bethpage.

The 2017 and 2018 US Open champion, who had a seven-shot lead at the start of the final round, saw that cut to one after four bogeys from the 11th.

But Johnson dropped shots on the 16th and 17th as Koepka, who carded a four-over 74, won by two on eight under.

England’s Matt Wallace tied for third, earning his best finish at a major.

Wishon Golf customer Roger Huston from Urbandale, Indiana, won our US PGA Predictor Quiz after selecting Brooks Koepka to win the event plus having second placed Dustin Johnson in his team of four.

Finishing in second place was the Golfmeister himself Sherm Haworth from Albuquerque. He also selected Brooks Koepka as the winner but sadly didn’t have DJ. Sherm will receive some Wishon Golf accessories.

The next Predictor Quiz will be centred on the US Open held at Pebble Beach on June 13.

A roundup of the week’s news from our manufacturers…

The KBS TOUR-V is a lightweight shaft that features a larger outer diameter, resulting in a stable tip section and tight shot dispersion. For players that prefer a lighter weight shaft and less ball spin, the KBS TOUR-V is the ideal shaft option. | Player Driven. Tour Proven. | pic.twitter.com/fX2BR5WMST

Jordan, Sergio and Jason are on-board. Are you? #WhySuperStroke? pic.twitter.com/H8Yz5Knh5m

The grip choice of 80% of the field at the @PGAChampionship.#1GripOnTour pic.twitter.com/6DMMq8eQRo

Recoil goals. Time to hit the links this weekend with the #1graphiteironshaft in golf. #RecoilCustom pic.twitter.com/SgI2xM8qwc