American Gary Woodland won his first major golf tournament yesterday with a three-shot victory at the US Open held at Pebble Beach.

He pipped two Wishon Golf customers – David Finegar from Bullfrog Golf in Missouri and Bob Dodds from Vermont Golf Works in Florida. They all had selected Brooks Koepka in second place which earned them 200 points. However Ian was placed first as he had picked the most unfancied team ie players with the fewest world ranking points. He wins the Wishon Golf PCF Micro Pro wedges. David and Bob will both receive something from the Wishon Golf merchandise cupboard. 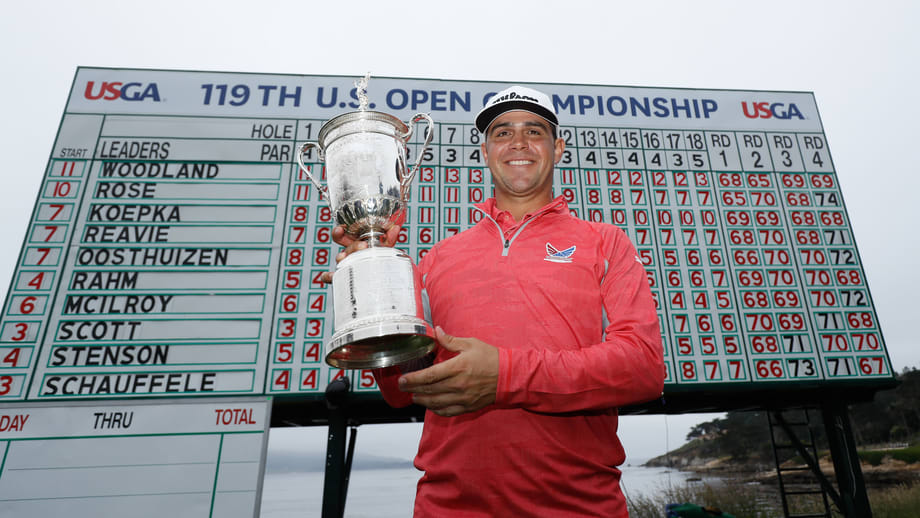 Hampshire’s Justin Rose finished in joint third place behind another former US Open Champion Brooks Koepka. Rose had started the day in second place and tied for the lead after hole 1 of his final round however he moved steadily backwards from then onwards.

Young Norwegian amateur Victor Hovland made a real name for himself by beating Jack Nicklaus’s 59-year-old amateur scoring record for the US Open. Viktor took 280 shots (four under par) for his 72-hole score at Pebble Beach beating Jack’s 282 in 1960 at Cherry Hills Country Club in Englewood, Colorado.

Watch out for Viktor as he turns professional this week and heads to the Travellers Championship looking for his first pro paycheck.

A tour winning shaft in the bags of some of the best players in the field at the @usopengolf! The KBS C-Taper is a low spin, low launch shaft, with a piercing trajectory and smooth feel. Get it in your bag today! | Player Driven. Tour Proven. | #major #usopen #lookfortheredlabel pic.twitter.com/qreFzzrD3t

The #1GripOnTour is the #1 Grip at The #USOpen.

Patrick Reed is going to need a new wedge. 😳pic.twitter.com/PAEVJW05aQ