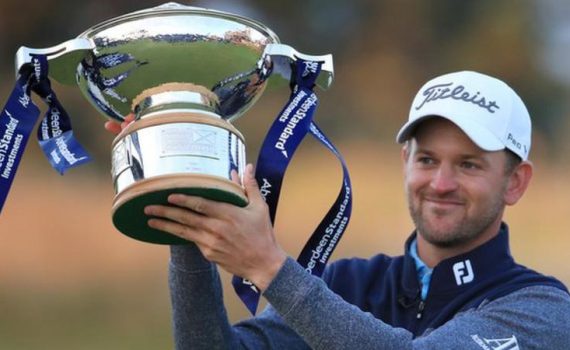 Golf’s oldest international competition is returning to Northern Ireland for the first time in 68 years as The 148th Open Championship takes place at Royal Portrush from July 18-21.

The Diamond Golf Predictor Quiz (in association with Wishon Golf) offers you the chance to select the top four places of the 148th Open.

The winner of this Predictor Quiz, will receive a special mystery prize from Wishon Golf.

To enter the The 148th Open Predictor Quiz, all you have to do is predict the Top Four finishers in the tournament, complete the entry form below and click ‘submit’.

Bernd Wiesberger won the Scottish Open to secure a sixth European Tour title after beating Benjamin Hebert in a play-off at The Renaissance Club.

Overnight leader Wiesberger was two under par for the day and 22 under overall with France’s Hebert having finished with a nine-under round of 62.

But the Austrian triumphed in the third sudden death hole at the 18th.

Hebert, England’s Andrew Johnston and Italian Nino Bertasio qualify for the Open after finishing in the top 10.

But Johnston’s countryman Lee Slattery and Welshman Jamie Donaldson miss out on places at Royal Portrush after finishing one shot further behind.

Northern Ireland’s four-time major winner Rory McIlroy finished tied for 34th after a two-under 69 took him to 13 under.

Calum Hill and Scott Jamieson finished best out of the 15 home favourites, both carding five-under par rounds of 66 on Sunday to both finish on 15 under, which was a share of 26th place.

@JustinRose99 says, “The Sonar grip feels absolutely unbelievable in my hands.”
Hear what else Justin Rose has to say about @LamkinGrips new Fingerprint Technology: pic.twitter.com/uusu3PIFlJ

The ideal grip for performance in the July heat & humidity. https://t.co/bUnXxdhOmE