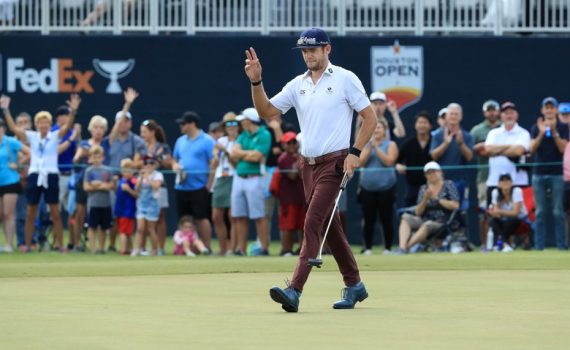 The 31-year-old world number 176 carded a three-under final round of 69 for a 14-under winning total.

His victory earns him a place at next year’s US PGA Championship, Masters and Players Championship.

Compatriots Scott Harrington and Mark Hubbard, both also without a PGA title, shared second, Hubbard making an 80-foot eagle putt during his round of 69.

Griffin had a one-shot lead playing the final hole but found an awkward spot in the rough with his drive.

He made the edge of the green with his second, 59 feet from the flag, and then holed a five-foot putt to make par and win the title.