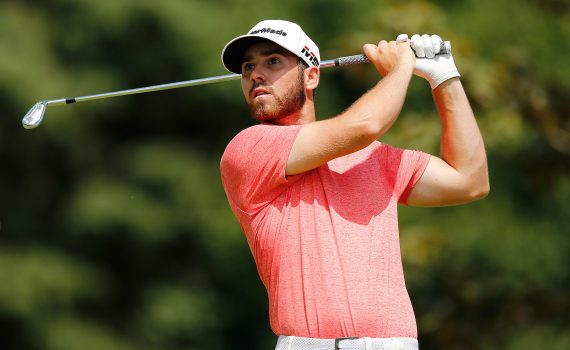 American Matthew Wolff says his life has “changed forever” after winning a PGA Tour title in his fourth event.

The 20-year-old eagled the 18th at the 3M Open in Twin Cities in the United States, rolling in a 26-foot putt from the fringe for a one-shot win over Bryson DeChambeau and Collin Morikawa.

It means he can play on the PGA Tour until 2021, and has entry to next year’s Masters and US PGA Championship.

“I just proved to myself I can be out here.”

Wolff was playing in only his fourth PGA Tour event and only his third as a professional.

Of his eagle on the last, he said: “I was shaking, to be honest. A lot of my putts weren’t going in today, and I was just kind of telling myself one’s bound to drop in.

“It happened at the right time. I just gave it a chance and it went over the right spot that I pointed out. And as soon as it dropped, the tears started coming.”

He became the youngest winner on the PGA Tour since Jordan Spieth in 2013.

Mitsubishi won the driver shaft count and Aldila came in second. Combined we had 86 driver shafts in play, over 55% of the field.

The Tour 105 fills the much needed gap between the Tour and Tour 90 models. Players who prefer a lighter weight shaft that produces higher ball spin, higher trajectory, longer distance & precise control, the TOUR 105 is the ideal shaft option for professionals and amateurs alike. pic.twitter.com/6Tvcp4P8lK

@JustinRose99 says, “The Sonar grip feels absolutely unbelievable in my hands.”
Hear what else Justin Rose has to say about @LamkinGrips new Fingerprint Technology: pic.twitter.com/uusu3PIFlJ

This week’s champion at TPC Twin Cities played our ZGRIP Cord throughout a dominant college career and trusted that same grip en route to his first #PGATour win!#1GripOnTour https://t.co/oAIYLWtLBm

Amazing performance by Nate Lashley this weekend at the Rocket Mortgage Classic in Detroit, MI!