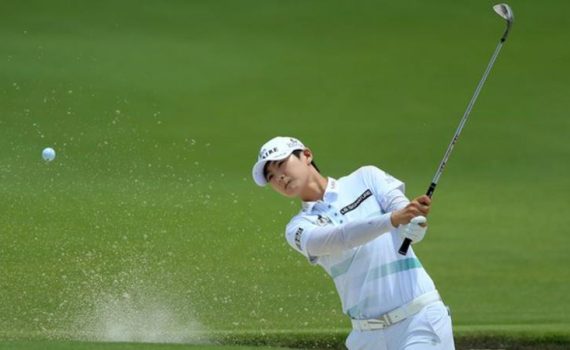 PARK SUNG-HYUN BACK AT WORLD NUMBER ONE AFTER WIN

South Korea’s Park Sung-hyun is set to reclaim the world number one spot in women’s golf after winning the NW Arkansas Championship.

The two-time major winner, 25, birdied the final hole for a five-under-par 65 which sealed a one-shot victory and her seventh LPGA title.

Park is expected to take over the top spot from compatriot Ko Jin-young.

Ko helped her celebrate, dousing Park with water on the 18th green at Pinnacle Country Club in Rogers, Arkansas, as the 54-hole tournament concluded.

Shaft Spotlight from @GOLF_com – What you need to know about the Aldila Rogue Silver 130 M.S.I. shaft: "…incorporates a high balance point and stronger 130 M.S.I. graphitic carbon fiber in the tip-section to knock down spin and flatten launch"https://t.co/BV1FLPUpRc pic.twitter.com/UYhqNVh0Xz

Looking for stability in your putting stroke? The KBS CT Tour Putter Shaft can give you just that. With the stability of the shaft, it will allow the face of the putter to be more square at impact consistently. Incorporate KBS technology into your game on the green today! pic.twitter.com/sGcoyrh77n

Thanks for the great review…we're also getting incredible feedback from golfers making the switch and loving the results!…#sonar #Golf https://t.co/O9R7CBF6oY

"Ever since I tried Tour Velvet ALIGN, I keep coming back to them. I have confidence that I'm set up straight to the target."